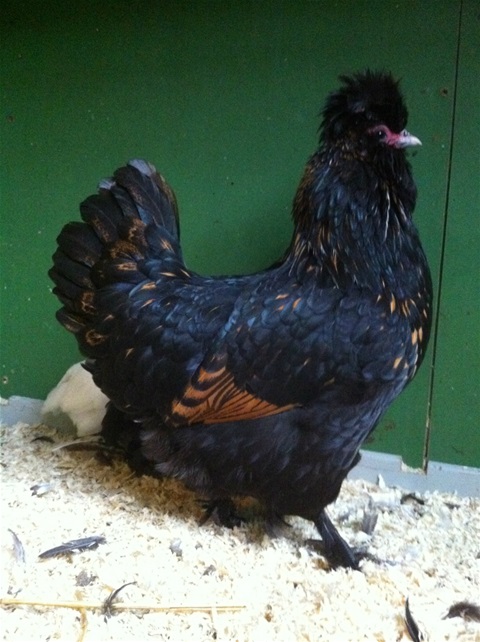 the town of Pavlov, close to Nizhny Novgorod.

Breed characteristics of the male

Back: short, broad, flat, narrowing towards the tail.

Face: red; almost completely covered by the muffs and beard.

Shanks: hardly of medium length, covered on the outside by short curved

Plumage: dense and closely to the body.

Breed characteristics of the female : similar to those of the male, allowing for

high on legs; poorly developed muffs and beard; fully rounded crest (like in

Polands); wry, hanging, split or too loose crest; too much or too sparsely leg

black tip with green luster. In the male these tips are V-shaped in the hackles.

Like in gold but the groundcolour is a silvery white.

Serious defects : yellowish hackles in the male; feathers of any other colour.